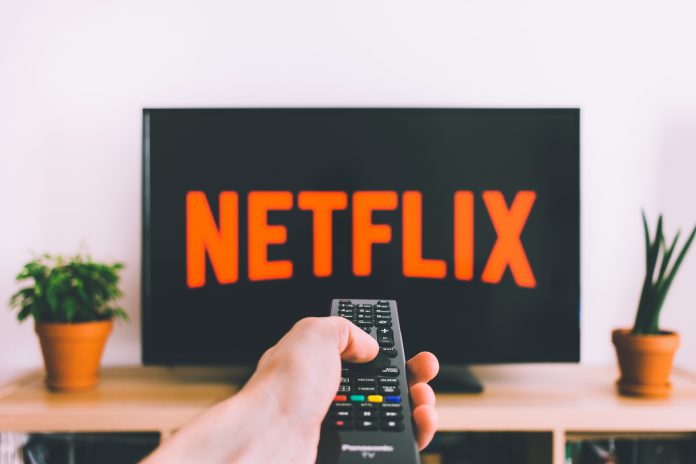 The outbreak of coronavirus has left the world in utter chaos and panic. A total of 1.8 Million positive cases of the virus have been detected globally and more than 9000 cases in India. The entire nation has been put under strict lockdown with space to only emergency services like grocery stores, medical stores, and hospitals. We have been directed to follow adequate measures to keep ourselves safe like maintaining social distancing and staying at home all the time. With this session continuing till April 14 and a possible extension with the rapid increase in the number of cases, most of us are bored at home. But you can make your stay at home interesting by binge-watching these 15 TV series.

Most corporate offices have directed their employees to work from home. And being an employee, it is hard to find some spare time to do something you truly enjoy doing. Weekends are the best to enjoy with friends and family or to dine out in a popular restaurant for foodies around us. Yet, working from home and still being directed to stay at home during the weekend can make your life monotonous. You might feel frustrated over it but we need to take precautionary measures if we do not want to end up getting sick with COVID-19. But this also means that being home is the perfect time for binge-watching all the TV series you didn’t get time to catch on.

Also read: 15 Ways To Slay Boredom During The Lockdown Phase

Chernobyl is a five-part miniseries of HBO based on true events. Focusing on the nuclear accident of 1986, this TV series will leave you wondering about what truly happened. Starring Emmy-nominee Jared Harris, Stellan Skarsgård, and Oscar-nominee Emily Watson, the series is truly worth binge-watching in the lockdown phase. Jared plays a physicist named ‎Valery Legasov tasked with finding the mystery behind the nuclear explosion and must figure out what caused it. Watching through the first and the last episode will give you chills and will continue keeping you surprised until the very end.

If you truly love mystery and delving into noir genre, this series is made for you.  The series is available on Disney+hotstar.

Money Heist is a crime genre Spanish four-part TV series that started streaming in 2017 on Netflix. The series explores the story of a criminal mastermind named ‘The Professor’ who is planning the biggest money heist in history by printing billions of euros in the Royal Mint of Spain. He recruits a group of highly-skilled eight thieves to make his plan a success. The shrewd planning and the sequence of events unfolding along the way will definitely be a jaw-dropping experience to you. The fourth part of the series was recently aired on Netflix and has gained a lot of popularity.

Even if you are not the crime drama type, you still can’t resist humming the ‘Bella Ciao’ song in the series. This series is definitely worth binge-watching during the long-spanning phase of lockdown.

Every Indian youth these days knows the Emmy-nominated Sacred Games. The crime/thriller web series is based upon Vikram Chandra’s novel of the same name. Starring Nawazuddin Siddique, Saif Ali Khan, Pankaj Tripathi, Radhika Apte, and others, the series revolves around a cop named Sartaj trying to resolve the mystery behind a mysterious call from a crime lord named Ganesh Gaitonde in hiding for several years.

Two seasons of the series have been aired to date, easily giving you chills with each episode you will watch.

Watch it on Netflix here!

This two-season series has been created by Indian standup comedian Biswa Kalyan Rath and follows two different sets of stories in both the seasons. The first season of the series revolves around the struggles of an IIT aspirant named Akash who moves to Visakhapatnam in private coaching. The things around him turn into a number of mishaps when he meets other students around him and learn what it actually takes to crack engineering examinations.

The second season of the series revolves around Dr. Shreya played by Shweta Tripathi who struggles to provide Sitlapur villagers with proper health care. It explores her dealing with the government officials too as she is charged with opening up a cataract testing camp in the villages and the reluctant villagers who do not believe in the public healthcare system.

You should definitely binge-watch the two seasons of this amazing series on Amazon Prime.

Made in Heaven is an Indian web series revolving around two wedding planners named Tara and Karan. The 9 episodes explore nine different weddings and the issues each one brings when clashes happen between modern thinking and orthodoxy practices. The series also explores the lives of Tara and Karan who happen to deal with their own struggles in life, while planning the wedding ceremonies for several couples.

Starring Sobhita Dhulipala, Arjun Mathur, Jim Sarbh, Kalki Koechlin, Shashank Arora, and others, the series is worth binge-watching during this lockdown phase.

Watch it now on Amazon Prime!

We all love superhero movies and comics, which follows the story of a crime-fighting individual in a society, helping to make it better. Such isn’t the case with ‘The Boys’. The series rather explores the story of the Seven who have gone rogue and are misusing their superpowers to benefit themselves and an agency named Vought which is covering their dirty secrets. The society can’t definitely idolize them and so the Boys decide to take on the Seven.

The series is filled with dark humor and if you love dark humor, you should definitely consider binge-watching it on Amazon Prime during the lockdown.

Who doesn’t love the 90s when there were no mobile phones and the internet? We always dream of going back to those good childhood days and all we need is a perfect web series to lead us there. Such is TVF’s ‘Yeh Meri Family’ which explores the story of Harshal Gupta and his family in the Summer of 1998. Amid Harshal’s challenges of growing up, each episode focuses on a different character in the series —  his mother, his father, his elder brother, his little sister, and his school crush Vidya.

Since during the lockdown, you can’t go back to your hometown, why not start binge-watching this fantastic TV series to relive the memories of your childhood?

You can watch this series either on Netflix or the TVF Play app!

If you are a fan of fantasy genre like Lord of the Rings, you can’t miss the Witcher on Netflix. The American fantasy drama series is based on the works of Polish writer Andrzej Sapkowski. The story revolves around two main characters —  Geralt of Rivia, played by Henry Cavill, and princess Ciri, played by Freya Allan. The first season of the series aired in 2019 and the second season is expected to air in 2021.

Rated 8.3 by viewers worldwide, this epic fantasy series is worth binge-watching in quarantine.

Airing on Prime Video, The Family Man revolves around the story of Srikant Tiwari, a middle-class man stuck in dual lives —  one of a family and the other of a world-class spy. The protagonist, played by Manoj Bajpayee, struggles to keep a balance between both his family life and being a secret agent for the National Intelligence Agency. If you’ve loved Manoj Bajpayee’s acting in Gangs of Wasseypur, be ready to watch him hone a totally new role of a family man and a spy.

Jamtara is a crime drama series based upon true incidents of phishing scams in Jamtara, Jharkhand in recent years. The story involves a group of fraudsters who are fooling people on the phone and making money through false offers, a cop trying to stop the scam, and a politician finding his profit in the same. The sequence of events in the ten episodes of the series will leave you with a number of questions.

You can start binge-watching this series right away on Netflix!

A mysterious charismatic figure appears in the Middle East and becomes a spiritual leader causing political unrest in the world and attracting the attention of international agencies. If you love a mystery/thriller genre, you are truly going to love the web series, especially the ending which will leave you bewildered.

12. Asur: Welcome to Your Dark Side

As the name suggests the Indian web series ‘Asur’ involves a mystery man who thinks of him as a demon and carries out murders in different parts of the nation. The task of resolving these murder mysteries fall upon Dhananjay Rajpoot who seeks the help of his former partner Nikhil Nair. Starring Arshad Warsi, Barun Sobti, and Riddhi Dogra, this series will leave you surprised at the end of each episode.

Binge-watch this series on Voot now!

Stranger Things revolves around Hawkins of the late 80s with a bunch of kids who love the board game of Dungeons and Dragons. When one of them vanishes surprisingly one night, we uncover a mystery involving secret experiments, terrifying creatures from other dimensions, and a girl who has special abilities. The series has been awarded a number of times and till now three seasons have been aired on Netflix and the fourth installment is expected to air later this year.

If you are a fan of web series involving science fiction, fantasy, and mystery, you can surely start binge-watching it right away!

House of Cards is an American political thriller drama revolving around Frank Underwood who is appointed as the secretary of the state but has witnessed several betrayals on his journey. The story shows his quest to seek revenge against these betrayals. If you love the genre of politics/crime thriller, ‘House of Cards’ is worth giving a try.

A newly launched series by TVF, Panchayat shows the story of Abhishek Tripathi played by Jitendra Kumar, who has been appointed as the Panchayat Secretary of Phulera village in Ballia. He often thinks himself as a misfit among the villagers and struggles with an undesired job paying him only 20,000 a month. You will surely enjoy the adventure of Abhishek in the series with numerous moments of humor and can’t resist bursting into laughter.

So these were our top 15 TV series you should binge-watch during the phase of lockdown. Though staying at home may seem like a monotonous thing to you, but you will surely enjoy these web series to get away from the boredom.

In the wake of COVID-19, where most PGs and apartments are asking employees to vacate their rooms for safety, Colive still cares for its residents. We have taken a number of steps to maintain hygiene without compromising the services offered at our facilities located near prime tech and business parks around Bengaluru, Hyderabad, and Chennai. Colive also provides co-working spaces and high-speed internet to facilitate the work from home experience for our residents. Visit the website of Colive to know more!