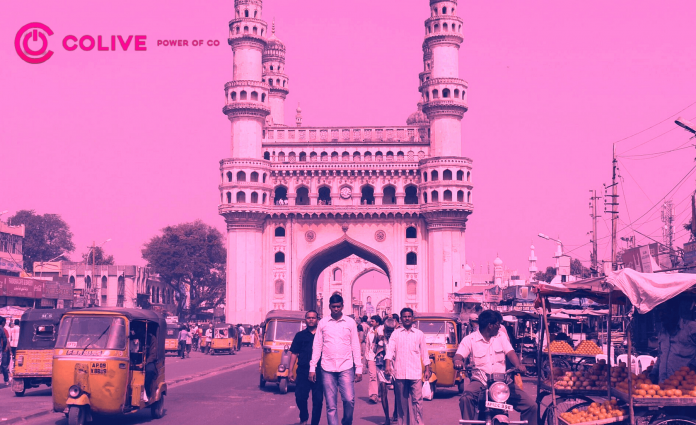 Are you new in the city and wondering about the things to do in Hyderabad? Let’s introduce you to this beautiful city first.

Hyderabad —  the capital city of Telangana is a beautiful city in India known to the world for its glorious history, places to visit, and the street food. Though the city of Nizams has a long history we have read as youngsters, today it is home to numerous IT companies and one of the most preferred places to stay by the millennials.

The capital city of Telangana, Hyderabad is known as another major center of the tech industry. Being one of the most well-known historical cities of India, Hyderabad is home to well-known business parks and corporate offices of globally renowned multinational companies.

Though Hyderabad is mostly known by tourists for its Charminar and the Golconda Fort, it is also known for its cuisines like Biryani and other authentic dishes you will not find anywhere else in Nation. More on the things to do in Hyderabad later, let’s first talk about why it is one of the most preferable city to reside in?

Once a city of the Nizams and ruled by the British Raj as a major princely state, Hyderabad today is one of India’s largest IT hub with the corporate offices of numerous IT companies, Tech Parks and residential areas for the millennial generation.

Hyderabad is also home to the famous Ramoji Film City which is the center for major News and Media Channels of India. Much like Bangalore, millennials prefer this city for their career goals and for fulfilling their dreams.

Overall, it is considered one of the best cities in India to reside in. For new move-ins, it can be considered a dream city as there are a number of places to explore and things to do in Hyderabad. Without further ado, let’s dive in.

Not only for the world-famous Charminar, but Hyderabad is also known for the famous Golconda Fort. It was once a part of the Kakatiyas dynasty and was first built under the same. It shifted from one dynasty to another and became an early capital of the Qutb Shahi Dynasty.

Moreover, because it is located in close vicinity of the Kollur Mines, the place is also believed to be the origin place of the world-famous Kohinoor diamond. The ruins of the famous Golconda Fort narrate the same story of the kingdom’s prosperity.

Visiting the Golconda Fort should be one of your top things to do in Hyderabad if you are a newbie.

Certified by the Guinness Book of World Records as the largest studio complex in the world, Ramoji Film City should stand top among your list of the top things to do in Hyderabad. The famous film city was established in 1996 by Ramoji Rao, a Telugu film producer. Today the place is not only home to many corporate offices of many popular news/media companies but also attracts numerous tourists every year.

You should definitely check out this amazing place situated in Hyderabad.

Visiting Hussain Sagar is one of the best things to do in Hyderabad if you want to evade your monotonous life and enjoy an hour or two of peace and calm. The place is situated near the road of the same name in Hyderabad with a number of interesting places to visit apart from the lake like Buddha statue, Lumbini Park, Birla Mandir, and Sanjeevaiah Park.

Talking about the lake, it was built by Ibrahim Quli Qutb Shah in 1563. And in 2012, it was recognized as one of the World Heritage Sites of UNESCO situated in Hyderabad apart from the Golconda Fort.

Kasu Brahmananda Reddy National Park, popularly known as the KBR Park is a national park situated in Hyderabad. It is well placed near the Jubilee Hills and Banjara Hills in the city. The entire national park is spread across an area of 390 acres and the adjacent Chiran Palace is spread in an area of 400 acres.

The palace was gifted to Prince Mukarram Jah on his coronation by his father Prince Azam Jah in 1967. Though the area mostly remained a forest, it was given the status of a national park by the Andhra Pradesh government in 1998 with the approval of the center and was inaugurated by N. Chandrababu Naidu.

If not for the KBR National Park and its beauty, there wouldn’t be many things to do in Hyderabad.

And, talking about the city of Nizams, Hyderabad, how can one miss the world-famous Charminar which is the symbol of the city. One of the most recognized structures in India, the Charminar was built in 1591 by Muhammad Quli Qutb Shah, the fifth ruler of the Qutb Shahi Dynasty.

It is a series of four tall minarets joined and given a structure and still stands its might among the rest of the famous medieval monuments in India. The city of Hyderabad gets its recognition from the Charminar which stands on the bank of the Musi River and is surrounded by two other famous places in the city —  the Laad Bazaar and the famous Makkah Masjid.

You shouldn’t probably miss out on this monument and should include visiting this place as one of the early things to do in Hyderabad.

Though it may be its mouth-watering taste, with a blend of spices and aromatic rice, you shouldn’t waste your time giving this dish a try and including it among the things to do in Hyderabad.

Though, today in India, there are a number of restaurants across the country serving delicious Hyderabadi Biryani, but where did they get their roots and inspiration from? So, why wait? Find a popular restaurant in the city that serves the authentic Hyderabadi Biryani and satiate your tastebuds!

Laad Bazaar —  one of the oldest marketplaces in the city of Hyderabad has been in operation since the times of the Qutb Shahi and derives its name from the word ‘Laad’ meaning lacquer which is used in the making of bangles.

As the name suggests it is an old market which is famous for a variety of bangles sold here along with other products ranging from silverware, Nirmal, Kalamkari paintings, bidriware, and handwoven materials of silk clothes and gold embroidered fabrics, and perfumes.

If you are looking out for a famous place to shop for your family members, this is the best place to visit and one of the top things to do in Hyderabad.

Located in 380 acres, visiting the Nehru Zoological Park is one of the best things to do in Hyderabad. It was established in the year 1959 and is located near the Mir Alam Tank. The zoo is home to hundreds of species of birds, animals, and reptiles.

To name a few in the zoological park you can’t miss the sight of animals like Indian rhino, Asiatic lion, Bengal tiger, panther, gaur, elephant, slender loris, python, and many more.

Though these are resting places of the Paigah Family nobility, the wall murals and the exquisite floral designs are a great view to the eyes.

Runway 9 is a famous family entertainment center situated in the city of Hyderabad. Located near the Medchal road in Hyderabad, the place is one of the most adored weekend destinations in the city preferred by all age groups.

And talking about Go Karting, it is one of the most preferred fun activities all millennials like to take part in. Offering around 15 karts, helmets, and jackets, the place offers international standards of the sport here and becomes the first and the largest Go Karting circuit in India.

So why wait? Take out some time and spend the weekends on Runway 9 with your friends and family.

Hyderabad is one of the most desirable cities to stay in India, especially by the millennial generation. Once a city of the Nizams and ruled by the British Raj as a major princely state, Hyderabad today is one of India’s largest IT hub with the corporate offices of numerous IT companies and Tech Parks.

With a glorious history, it also becomes a famous tourist destination in the nation currently. Not only a few things to do in Hyderabad, but you can also even use the city as a base to take a tour of entire South India with a few places like Hampi, Gokarna, Mysore, Tirupathi, and many others.

Often finding an affordable home with the best amenities can be difficult for you if you are a newbie in Hyderabad. But do not worry, Colive is always there to back you. We have many clusters for you to choose from scattered across prime locations in Hyderabad like Gachibowli, Gowlidoddi, Wipro Circle, and Financial District.

In the wake of COVID-19, where most PGs and apartments are asking employees to vacate their rooms for safety, Colive still cares for its residents. We have taken a number of steps to maintain hygiene without compromising the services offered at our facilities located near prime tech and business parks.

Want to know more about Colive Hyderabad? Find the best affordable homes with options of couple, single and triple sharing rooms by visiting our website today!

10 Best Places to Explore the Nightlife in Hyderabad Post Lockdown

The Best Affordable Areas To Live In Hyderabad For 2020

Team Colive - 09/23/2022
0
Community Living=Rocking social life in Bangalore You may have the best of friends and awesome social circle in your hometown but on moving to a...

Co-living – From Roommates to BFFs