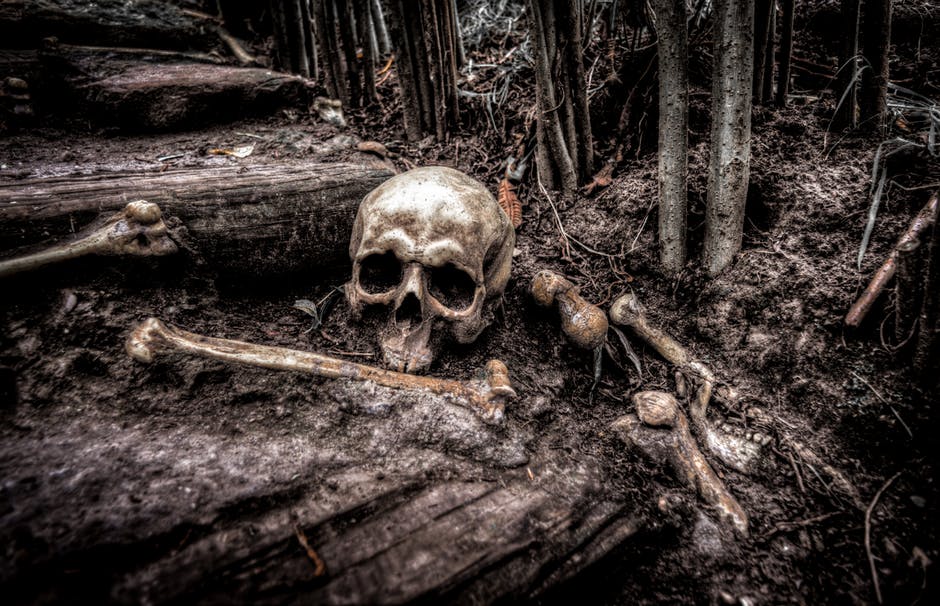 Most of us love a good scare, don’t we? Keeping that in mind, we took the liberty of shining a spotlight on 12 of the creepiest horror movies on Netflix. Trust us, these freaky flicks will surely send shivers down your spine!

So, if you are looking for a horror experience to truly test your grit, then stop browsing, as these are the must-watch horror movies on Netflix. But before that – Do you really have the guts?

A 2016 Canadian supernatural horror movie written and directed by Steven Kostanski and Jeremy Gillespie. The story of this movie follows a local sheriff as he finds himself in the middle of an unusual ritual that’s meant to unite our universe with a freaky monster universe where no one has any skin and pyramids float in the sky. The police officer experiences strange and vicious occurrences seemingly linked to a group of mysterious hooded figures.

The first Netflix original that makes tp this list is The Babysitter. This is one really solid campy horror movie which flips tropes on the head. The movie follows attractive villainous teenagers who are hunting down a child who saw too much and found out a secret that his hot babysitter belongs to a satanic cult.

Based on a true case file of the world-renowned paranormal investigators Ed and Lorraine Warren, this case is said to be one of the most horrifying cases of their lives. The movie well depicts the case, where Rod and Carolyn find their pet dog deceased under shadowy circumstances and experience a malevolent spirit who harms their daughter Andrea. Finally, the Warrens are called to get them out of the mess.

One terrifying ghost story inspired by true events. The story is about young Verónica who along with her friends want to summon the spirit of her father using an Ouija board. But, during the session, she falls unconscious and soon it becomes clear that evil demons have arrived.

The story of a woman who during a kinky sex game accidentally kills her husband. Handcuffed to her bed in a remote lake house and with no hopes of release, she starts hearing voices and sees strange visions.

An Australian supernatural psychological horror film the story of which revolves around a single mother, inundated by the violent death of her husband. She battles with her son’s fear of a monster skulking in the house but soon discovers a sinister presence all around her.

A 2017 British horror film directed by David Bruckner and written by Joe Barton. The story revolves around 4 friends who reunited after the tragic death of their friend. The four of them set out to hike through the Scandinavian wilderness, but one wrong turn leads them to a mysterious forest of Norse legend, where an ancient evil lives.

Train to Busan is a 2016 South Korean zombie disaster action thriller film. The story revolves around Seok-woo and his daughter who board a train to Busan to see his wife. But, the journey turns out to be a terrifying one when they get trapped amid a zombie outbreak.

A story of a young mother who along with her son and best friend goes into a remote wilderness area to scatter her late husband’s ashes. On their trek, they realize that a lone hiker was following them. After many disturbing encounters, they are finally forced to challenge their deepest fears when the stranger’s true motives are exposed.

1980 released Cannibal Holocaust is probably the most famous film that successfully fools the audience into thinking the on-screen gore was real. The story revolves around a professor (Francesca Ciardi) who finds the remains of a film crew in the Amazon and brings the camera footage back to America.

This a story of a loving father who dons the outfit and makeup of a clown to perform at the 6th birthday. But later he discovered that the costume red nose and wig would not come off and it will result in his own personality changes in the most horrific manner. In order to break the curse of the evil costume, the father needs to make ugly choices with his own family fronting danger.

The story of a bereaved mother (Catherine Walker) and an occultist (Steve Oram) who retreat to an isolated house in Northern Wales to practice some black-magic rituals. In hopes to contact the dead, the pair landed up making attempts at witchcraft which lead to something even more terrifying.

So, which one do you dare to watch first?