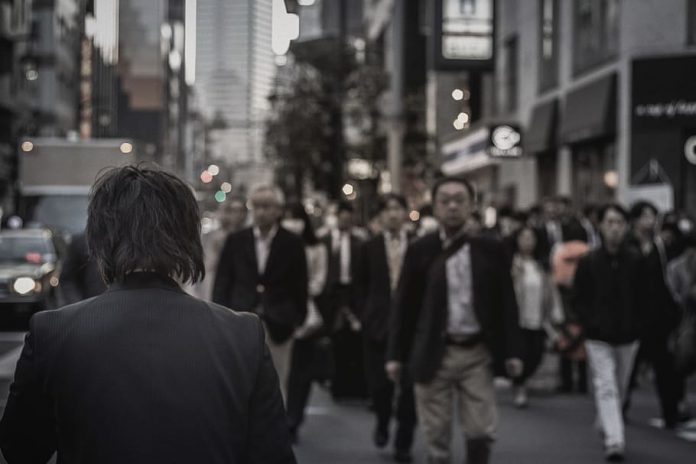 India is on the rise & is now the fifth-largest economy in the world. The service industry has flourished in the Indian subcontinent with the country’s cities expanding & the business is booming. The numbers of cities contributing to the rapid urbanisation are multiplying with Tier 2 & Tier 3 cities catching up in the development race. The rapid income growth, growing urbanization, younger population & availability of skilled labour, these cities are coming up with developing infrastructure & benefitting from the manufacturing sector being fuelled up with the Make in India campaign. The best cities to live in India are Bangalore, Chennai & Hyderabad as there are huge job opportunities in these cities. Many companies have focussed their attention on these cities & the millennials in these regions are now reaping the benefits with better job opportunities making some of these cities among some of the fastest-growing cities in the world.

The metropolitan Tier-1 cities like – Bangalore, Chennai, Delhi, Mumbai, Hyderabad, Kolkata & Pune are leading the fray with a better quality of life, career prospects & job opportunity but also have a higher cost of living and deal with urban challenges of traffic congestion, scarcity of water, rising levels of pollution & waste management. Tier 2 cities that include the likes of Chandigarh, NCR, Lucknow, Nagpur, Bhopal. Coimbatore, Surat, Kochi, Indore, Vishakapatnam among few, have a lot of offer as these benefit from their close proximity to urban hubs, planned & well-developed infrastructure, the abundance of quality educational institutes and globally renowned for specialized or indigenous products. Affordable living matched with the urban lifestyle these cities have an undeniable appeal for youngsters to settle down.

Here’s our take on the best cities to settle down in India: –

Namma Bengaluru, popularly known as Bangalore is the city that revamps its image with every decade. From being the summer capital of the Vijayanagara empire, the city was planned and developed as the leisure city for kings. The city’s infrastructure was further developed under the Imperial rule & became the city to settle down in post-retirement at the end of the 20th century.

The city is blessed with one of the most pleasant climates & the abundance of the green cover & freshwater lakes got it to be named as the Garden City & the City of Lakes. After the liberalization of the Indian economy, the city attracted many global technology giants to set shop & fostered many successful start-up ventures earning it the tag of the Silicon Valley of India but all that growth had a downside too. Bangalore has also received much flak for the commute time in the city & recently topped the list with the world’s highest traffic congestion where commuters waste 10 days & 3 hours on roads every year.

Bangalore is known as the leader of the Biotechnology industry in India & companies like Biocon, research facilities like IISc go a long way in contributing to that. Bangalore is also the IT capital of the nation & houses several big players from IT/ITES sectors like Goldman Sachs, Bosch, Hitachi, IBM, Cisco, HP as well as India-based giants like Tata, Infosys, and Wipro.

With an abundance of IT-based companies & software professionals, Bangalore is also the biggest technology start-up hub in India attracting the highest investments with an annual average of US$4 billion

Being a green paradise with pleasant weather conditions all year long Bangalore is an ideal for young working professionals. The nightlife is vibrant & the city is sprinkled with breweries, restaurants & hangout places have a lot to offer to make weekends enjoyable. Weekend getaways like – Coorg, Bandipur Wildlife Reserve, Nandi Hills with its wineries, Chikmanglur, Ooty give Bangalore residents much joy & respite for recreation & entertainment.

If you are new to Bangalore and looking for a premium affordable rental place to stay, check out our website www.colive.in

Formerly known as Bombay, Mumbai is the largest city in India. This city has one of the largest urban populations in the world with more than 1.2cr people and is the center of India’s entertainment, finance & commerce. For long dreamers have come to Mumbai to realise their Indian Dreams, the ‘Commercial Capital’ of the country, Mumbai is the 12th wealthiest city in the world with a total wealth of US$ 960 billion.

Mumbai is one of the world’s top centers of Finance & Commerce in the world & houses important financial institutions like RBI, BSE & corporate HQ’s of many Indian companies & multi-national corporations.  This city is also in the center of the industrial economy as it supports & serves as the marketplace for major industries like – exports, entertainment, gems & jewellery, automobiles, media & advertising. Mumbi also serves as the place of residence for the wealthiest people, this coupled with the population makes it one of the costliest real estate markets in India. Owning a home or even renting a place in this city comes with a big price tag.

It’s metropolitan in nature & people from different ethnicities have settled down in Mumbai. This has resulted in a cultural explosion in the city where you can treat yourself to local Mumbai delights but also indulge in mouth-watering flavours from all over the country. All national & global festivals are celebrated with much delight & fanfare, Ganpathi celebrations last anywhere between 7-11 days with 129 destinations for idol immersion where 40,000 police personnel & 5,000 CCTV cameras were installed in 2019 to manage the mega event. The Mumbaikers hit the streets on that day irrespective of their religion, age or gender.

It is also the fashion capital of the country & with all major media houses based out of the city, trends originate from this city making it truly the land of Indian dreams.

Delhi – The crown of the Indian Subcontinent

New Delhi, the national capital is the crown of the Indian Subcontinent for centuries. It has been the seat of power even before the Mughal Empire was established in the region. Placed high up in the Northern region of the country, it is centrally located in the ancient trade routes of traders from China, Afghanistan, Central Asia & the Middle East.

The city also hosts a large volume of international tourists as it is home to many monuments & sights that have historical & national importance as well as connected by all means of transport & located in close proximity to Agra, Himachal Pradesh, Rajasthan, Haridwar, Rishikesh & Varanasi that lure the tourists with local culture, art, food & adventure. The infrastructure of the city is the finest in the country with roads, Metro Rail, trains & even flights, you can travel to any part of the country from New Delhi.

The Delhi-NCR is also a remarkable destination for job seekers in the Northern region in India. Since New Delhi was the biggest city with a plethora o job opportunities & the youth from across 5 states – J&K, Punjab, Haryana, Uttar Pradesh & Rajasthan migrate to the city for education as well as jobs. With the population explosion in the region & steady migration of youth from the surrounding states for over decades, the city had to expand to accommodate everybody.

The NCR evolved to be a formidable region of development & growing economy with 3 State governments & the central government ll having their stake in the success of this region. All kinds of businesses & industries can be found in this region – IT/ITES, multinational companies, financial institutions, government & administration bodies.

However, all this comes with a whole different set of challenges. The severely depleting air quality in the region has been a cause of major concern in the region. Vehicular Pollution, industrial emissions, domestic pollution, construction of infrastructure & even the stubble burning in agricultural regions of Punjab & Haryana have contributed to the air pollution in the city. Woman safety is also a cause of concern as Delhi is notoriously been in the eye of the media storm for violence against women.

Hyderabad is the capital and the biggest city in the state of Telangana and officially the capital of Andhra Pradesh. The city holds a population of about 6.9 million, with around 9.7 million in Hyderabad Metropolitan Region and this puts the city at the fourth rank in the race of the most populated cities in India as per Wikipedia.

Till 19th century Hyderabad was famous for the pearl industry and so people used to call it the “City of Pearls”. Not only this, but it was also the only diamond trading center in the world.

Hyderabad has a moderate climate all over the year. The city has a matchless combination of tropical wet and dry climate that borders on a hot dry climate. The most pleasant time here is between October and February. March to May considered here as the summer season when you could feel the heat during the day time, however by the time the sun goes down the temperature also falls and it becomes pleasurable. The monsoon season starts here from June and stays till September.

In the recent few years, Hyderabad has emerged out as one among the most popular cities in southern India, especially among the young professionals. And why not as it has a lot to offer from delicious food, historical buildings, multiple cultures and some of the biggest IT companies holding lots of job opportunities.

These are some of the most popular cities that people are opting to live these days in India. And each city has its own reasons and attractions. Mostly the young crowd looks for job opportunities, lifestyle and entertainment, and these above-mentioned cities have it all to offer.

Log in to our website www.colive.in, if you are looking for a premium yet affordable stay in Bangalore, Chennai & Hyderabad.

Hope this blog would have helped you to plan that where would you like to settle down in the near future.

Yoga at Home: Here are 7 Great Things to Consider

7 Best Bike Sharing Platforms in India All Millennials Should Know

Learn new skills on these platforms this period of lockdown